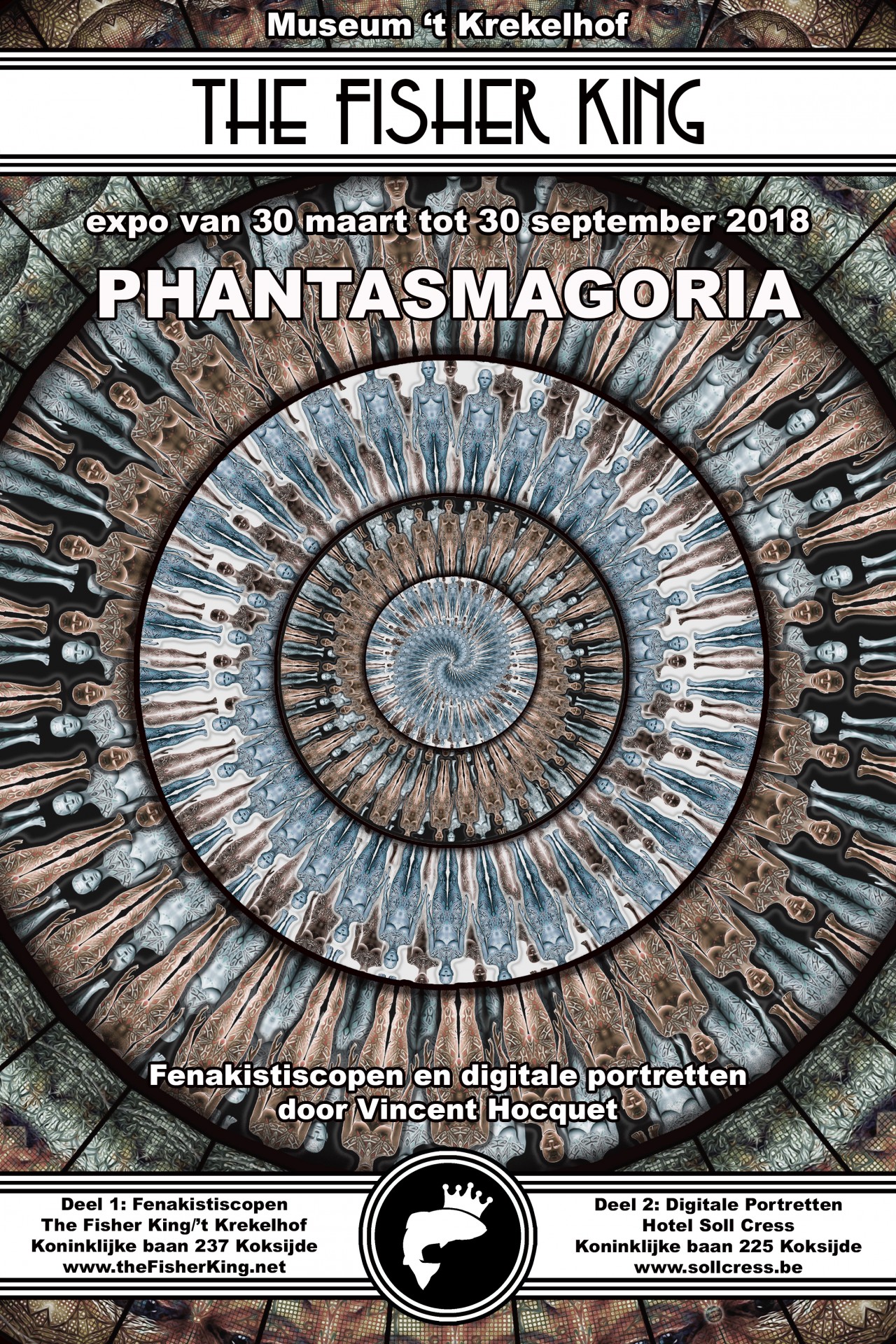 For the first part of this expo Vincent Hocquet combines the old techniques of animation with modern technologies to make Phenakistiscopes, known as the ancestor of the animated movie.

Inspired by this invention from Belgian scientist Joseph Plateau, and the collection old record players of museum ’t Krekelhof, he started a search to find the boundaries of optical illusion with a surprising series of animation as result.You can visit this interactive expo at The Fisher King on the ground floor of the museum.

For he second part of the expo, a series of digital portraits are exhibited at Hotel Soll Cress.

These optical illusion portraits were made by Vincent for the artists performing at the Museum Sessions in 2017.

In the 19th century, Phantasmagoria was a form of theater  that involved projecting images with a magic lantern.

Other meanings of Phantasmagoria:

-a shifting series of phantasms, illusions, or deceptive appearances, as in a dream or as created by the imagination.

-a changing scene made up of many elements.