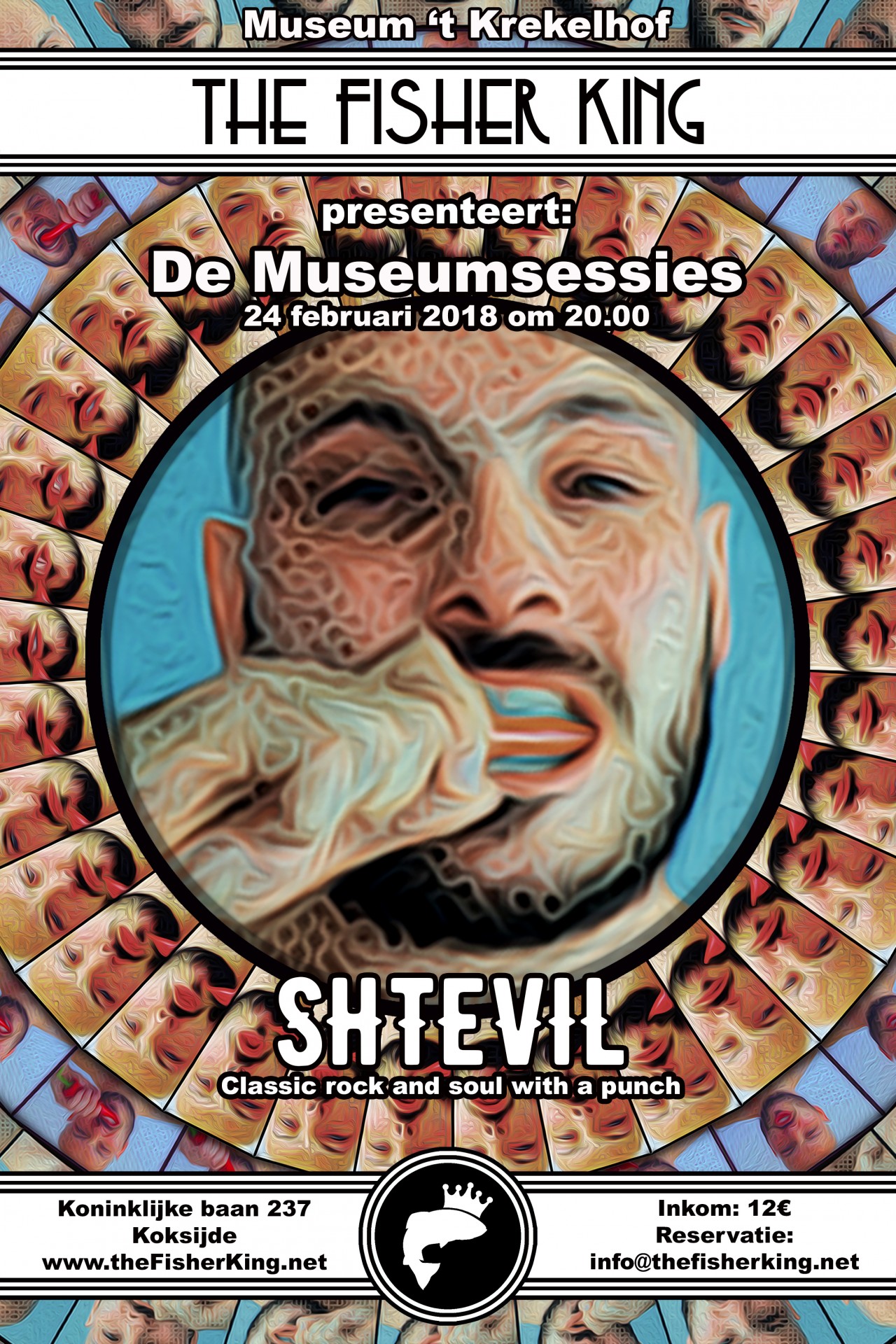 With “On fire”, Shtevil became top of the charts in Italy, in Switzerland and Germany the played the biggest festivals, but still, in Belgium , they are a well kept secret for the general public.

The band of guitar-virtuoso Steven Vergauwen brings us heavy rock-songs that smell of Led Zeppelin and Black Crows, aromatised with the soul of Marvin Gay and Al Green and the punch of Queens of the Stone Age and Foo Fighters.

If you want a taste of this deliciousness, make your reservation by sending an email to info@thefisherking.net